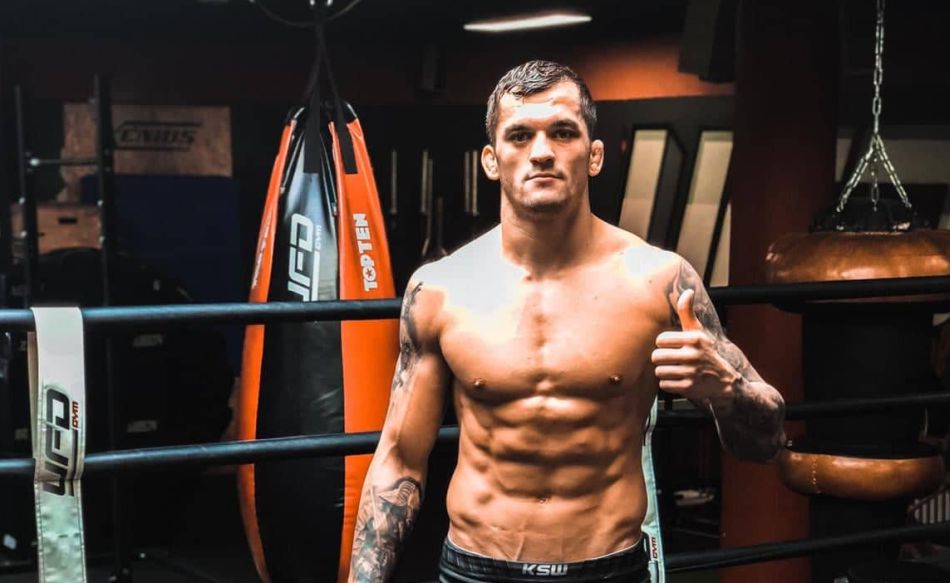 On December 1st, the fighter from Düsseldorf, Germany, Roberto Soldic will step inside the cage in Gliwice, Poland at the KSW 46. Soldic will face a Brazilian Fighter, Vinicius Bohrer. Due to short notice, this fight will be in a catch weight category and Soldic’s welterweight belt won’t be on the line. The 23-year-old exceptional athlete took time with us and answered some questions.

GFN: What kind of feeling is it to take revenge for an unfortunate defeat? (refers to the defeat against Dricus Du Plessis)

Roberto Soldic: The bullshit, that happened in the first fight can, unfortunately, happen. I will never forget the weight-cut issues and the circumstances that led to the loss of the belt. Unfortunately, that day I destroyed my performance and my game plan by myself. Of course, now I take great pleasure to have won the rematch. Nevertheless, the first defeat should’t have happened. But it is MMA, anything can happen.

What motivates you to take a fight on such a short notice at KSW 46 in Gliwice.

It motivates me to fight together with the MMA legend Mamed Khalidov in a same fight card. I could not turn down such an offer, even if it came at a short notice.

Your next opponent is the strong Grappler Vinicius Bohrer from Brazil. Will you fight with him on the ground or try to stay on your feet?

Of course, I will be able to fight with him both in the stand and on the ground. I am prepared for everything.

You have been active in a few different organizations and can compare them now. What is special about KSW?

At KSW it feels like family and the team is always ready to fulfill every wish. I feel very comfortable here. KSW for me is the best European organization and one of the best MMA organizations worldwide.

The year is slowly coming to an end. What are your plans for 2019?

Currently, my only goal is to defend my KSW welterweight belt next year.

If you could choose an opponent for the next title defense, who would you like to fight?

I am not picky. I fight against any opponent who dares to compete against me. KSW will decide against whom I will defend my belt. I’ll fight anyone.

You have been a member of the UFD Gym Dusseldorf for a while already. What does that mean to you?

The UFD GYM is my home. We are one of the strongest gyms in Europe and we do not have to hide from anyone. Even though the gym has only been opened for five years, we have celebrated tremendous successes. I am very happy that, for instance, my friend and teammate David Zawada is now fighting in the UFC. And, of course, I am also pleased that my friend and teammate Abus Magomedov is fighting at PFL Final for the middle weight belt on New Year’s Eve in New York.

Who is the best MMA fighter of all times for you?

It is definitely Georges St. Pierre